"Twilight" is the most awesome love story ever. The movie ROCKED!!! Totally Rocked. It made me flashblack to when I was young. We didn't have a movie even close to this caliber. We had "Fast Times at Ridgemont High" (not a love story) - then "Sixteen Candles".. a love story sort of. (I have to admit- I did "heart" Jake Ryan).

"Twilight" absolutely held true to the book. The movie was just as good if not better than the book. Wow... I can't wait to see it again. That's all I can keep saying is "wow, wow, wow".

I totally recommend it even if you haven't read the book. Once you see it, you will want to read the book. Stephanie Meyer is a great story teller. I've read all 4 books - and they just got better and better.
at November 22, 2008 No comments: Links to this post

I made these last year at Christmas. They were a big hit. They are pink and extremely festive. Be sure to use FROZEN mojito mix - usually found with in the freezer section with juices.


P.S. Drinking 2 of these during the Texas Tech game help to "numb" the blow
at November 22, 2008 No comments: Links to this post 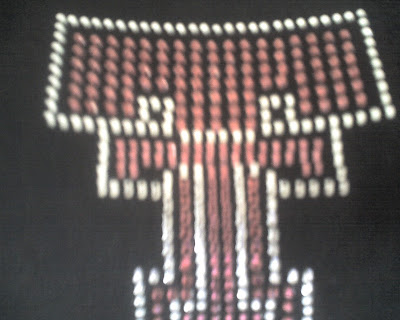 To My Blog Followers

Hello! Thank you so much for reading my blog. I started in July as a whim, and it has become so addicting. As I stalk other blogs, I get more and more ideas. So, this is definitely in a very preliminary stage and will continue to evolve.
I recently added MAP LOCO - it's at the bottom of my blog. It tracks "visitors". It's exciting because I see my blog is being read from coast to coast in places I know for sure I do not know anyone. So, I just want to throw a couple of things out there...
1) I'm not that "jazzed" about my new blog layout. It's brighter and cleaner - that's for sure. If anyone has any recommendations of page layouts, I'd love to hear from you. Here are a couple of the websites I've come across so far:
http://www.pyzam.com/
http://www.leeloublogs.blogspot.com/

2) I would absolutely LOVE LOVE LOVE to hear from you.. so please comment if any of my blog postings are interesting to you.

Thanks to everyone who reads. While I live a very simple and quiet life, I do have my "i love lucy" moments.. and it's so fun to share.
at November 21, 2008 No comments: Links to this post 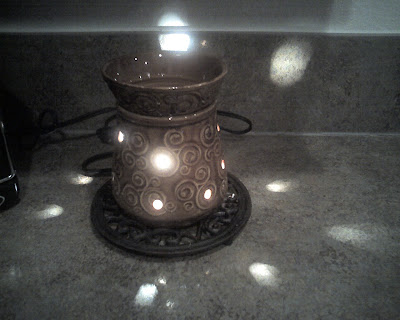 Have you heard of Scentsy Candles? They are "wickless" candles. I suppose you could say one more step towards a "greener" environment - although, I still light real candles with wicks, and I have a duraflame log burning in my fireplace as we speak. But I digress.
Scentsy Candles rock. Don't you just love the light show? Basically, it uses a 25 watt lightbulb to melt "scented" candle wax that comes in bars with 6 divided sections for $5.00 or one pound bricks for $20.00 There are so many scents - it's hard to decide. The wax melts, but doesn't burn your skin. It can be re-used until the scent fades.
For those of you here locally that are looking for something different to give for Christmas, I will be holding a "Scentsy Party" on Dec 7th @ 2pm.
I am combining it with a Pampered Chef party which also has some awesome new stuff - like Bamboo bowls and spoons, a trifle bowl with a separate stand and lid for easy storage and transporting, a mix and chop that rocks, stoneware with 'stoneware' handles not the metal ones, 3 different sizes of ice cream scoopers, an ice cream sandwich maker, and so much more.
You can check out the websites for Scentsy and Pampered Chef by clicking on their names in red above.
at November 21, 2008 No comments: Links to this post

Step one - recycling paper goods - still committed. Doing pretty good about not throwing paper in the trash - (although still guilty at work - so need to work on that next week)

The thing that has been weighing on me lately is plastic bags. I am used to seeing people in Whole Foods bring in their own bags, but at WALMART??? It's like hitting me in the face. I suppose, it's time to forego plastic bags. Now, my dilemma is what bags do I buy ? What bag says "I'm cool and trendy"? Check out the website below. I found out about these from Daily Candy.

...RED wine
You may be saying to yourself, "I don't see any red wine in these pictures. Am I missing something?" No, you are not. This is a "pseudo" reinactment of actual events.
Here's what happened.
In the wine glass pictured below, was a 1/2 glass of RED wine. As I got up from the love seat (not pictured - but to the right of the wine glass), my arm "inadvertently" KNOCKED the glass over - causing RED wine to spray all over the living room carpet along the length of the sofa which IS pictured here. As any wine lover can imagine, this was horrific - hence no time to even think of taking pictures at a time like this. I immediately got a wet rag and proceeded to dab the stains - one teeny tiny stain at a time - when I remembered that I had Clorox Oxi Magic (not to be confused with OXI-CLEAN-they are not the same thing)- which has always gotten RED wine out of my shirts.. surely, it will do the same for my carpet??? 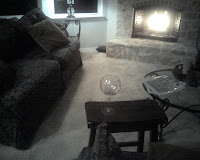 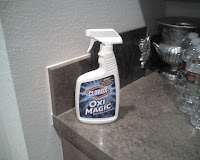 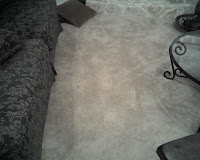 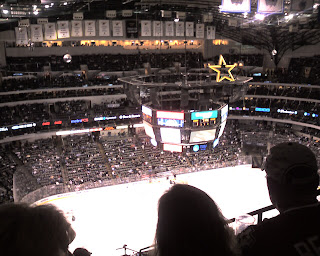 My view from the nosebleed section.

The wine tasting was the highlight of the evening.

Barefoot Wine was the sponsor.

I like the Chardonnay, Merlot, and Chardonnay Champagne.
The flavors available were Pinot Grigio Champagne, Shiraz, and Sauvignon Blanc.
The Shiraz was good but I prefer their Chardonnay over the Pinot and Sauvignon.
I got to enjoy a free 15 minute chair massage from Corinthian Wellness Spa .
My friend, Terry got her eyebrows threaded for free from Styles of India. I got a coupon for a free Eyebrow Threading to use at any of their locations in the D/FW metroplex.
at November 21, 2008 No comments: Links to this post

Who knew these 2 things would go together?
- Event will occur from 5:30 – 7:30 in the Admiral Meeting Lounge
- Guests will need to enter through the SOUTH EAST PLATINUM ENTRANCE, this is just down from the box office
- Tickets will be located just inside this entrance, so DO NOT go to the box office
- You will pick up your tickets and then head straight up the elevator to the ADMIRAL LEVEL – once you get off, you will immediately see the event
- We will have a few door prizes and you must be present to win – prizes given away around 7:15 ish
- Your tickets will be stamped for the Platinum Club access so you will be free to roam around the platinum level the entire night
- The event will conclude around 7:30 (game time)
- No ticket sales will be available at the game
- All tickets must be purchased by 5:00 on Wednesday Nov 19

I'm heading out with my friend, Terry for a wine tasting before the game. I think it's sponsored by the Stars, but do not know for sure. Will definitely update tomorrow. The Stars are playing the Chicago Blackhawks. Go STARS!!!!
at November 20, 2008 No comments: Links to this post

With more than two dozen comments about Wal-Mart's Oak Leaf Vineyards wines on The Dallas Morning News Eats blog, most of them positive, we knew we had to put them to the test. Could a $2.97 bottle of wine really taste better than swamp water? And would it "fool" experienced wine drinkers?
As it turns out, the wines are better than you might think. The chardonnay won a gold medal at both the 2008 San Francisco Chronicle Wine Competition (chardonnays under $14.99) and the 2008 Florida State International Wine Competition. The Oak Leaf merlot and cabernet sauvignon earned bronze medals in the San Francisco contest.
Just in time for the holidays, we put Oak Leaf wines to the test with Dallas wine drinkers. We assembled a tasting panel in the upper sanctum of Adelmo's that included friends and regular customers of the restaurateur with a range of tasting expertise, from casual drinker to a former wine-and-spirits store owner.
The four wines were bagged and numbered before the tasters arrived. The score sheets asked tasters to rate the wines on a scale of 1 to 10, to circle the price at which the wine would be a bargain and to add comments.
"None of these are American," declared former Monticello Liquors owner Danny Chen just before their identities were unveiled. "The two reds were French." He liked the first and third wines, he said.

Just in time for the holidays, we put Oak Leaf wines to the test with Dallas wine drinkers.

"I liked the second one," said his wife, Celeste Chen. "I'd buy it right now. Do you have a case?"
"In the restaurant business," said owner Adelmo Banchetti, "you get to where you taste for, 'Can I sell it?' " For these wines, the answer was yes. He wrote in his tasting notes that No. 2 has mass appeal. "It would be the perfect house wine for most restaurants."
Then we unmasked the Oak Leaf Vineyards wines.
*No. 1: a pinot grigio-chardonnay blend
*No. 2: chardonnay
*No. 3: merlot
*No. 4: cabernet sauvignon
The panel was surprised and amazed to learn of the $3 price point. "That's a helluva deal," said Mr. Banchetti.

Everyone agreed the wines would be a bargain at three times the price and ideal for holiday entertaining. The wines don't say Wal-Mart anywhere, but if you're afraid friends might recognize the label, just put them in a nice carafe. No one will be the wiser.
Kim Pierce is a Dallas freelance writer.

ABOUT OAK LEAF VINEYARD
The wines are made exclusively for Wal-Mart by Oak Leaf Vineyards in Ripon, Calif. Oak Leaf is part of the Wine Group, the country's second-largest wine company, according to a company spokeswoman. Some of its brands include Concannon, Corbett Canyon, Fish Eye, Big House, Herding Cats, Pinot Evil and Inglenook. O at Home featured Oak Leaf in its summer edition.
The Oak Leaf wines continue in the super-value mold of "Two Buck Chuck," wine made in 2002 by Charles Shaw for Trader Joe's, the California-based discount gourmet retailer, which sold them for $2 a bottle.

Oak Leaf wines are made by Turning Leaf Vineyards winemaker Mario Pulido. They are nonvintage, which gives the winery greater leeway in using grapes. Most are on the low side for alcohol, about 12 percent -- not a bad thing for a party wine.

Oak Leaf wines are available for $2.97 a bottle at Wal-Mart Supercenters.
Kim Pierce

SCORING THE WINES
Tasters were asked to rank the nonvintage Oak Leaf Vineyards wines on a scale of 1 to 10 (best).
They were also asked at what price the wines would be a bargain: $5, $10, $15 or other. The tasters agreed that Jack Zahniser wrote the best tasting notes, so they're included here. 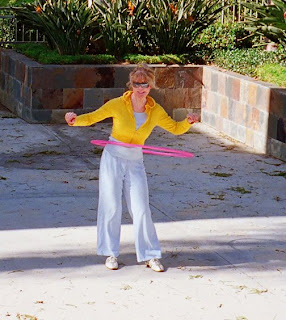 Meet Aunt Janae Brooklyn
at November 18, 2008 No comments: Links to this post 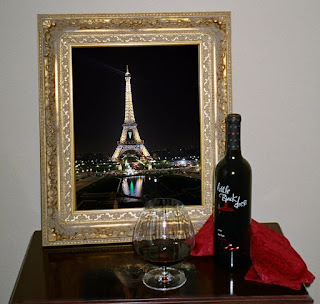 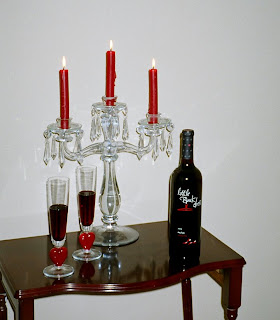 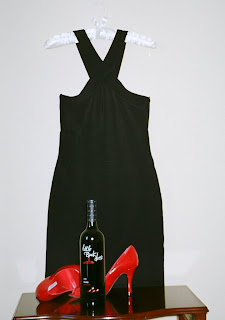 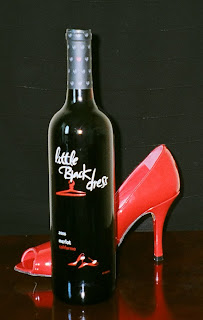 Another Photo Shoot by Janae Brooklynn
at November 17, 2008 No comments: Links to this post

I won't bore you all with the details - but for those who are into sports, check out this blog

http://nojoshin.blogspot.com/
at November 16, 2008 No comments: Links to this post