My book club meets approximately every other month. We have been meeting since 2005 I believe.
It started because we all seemed to like the same type of books (beginning with Janet Evanovich). Do not confuse us with the "Oprah" book club. We are not that intellectual or deep (well, some of us may be "independently" but as a group we keep it upbeat and chick lit if possible)
This month it was my turn to host - and I chose the below book based on a recommendation from my friend, Brett. Everyone thoroughly enjoyed it - and I had fun putting together an "indian" theme luncheon at my home (see next post) 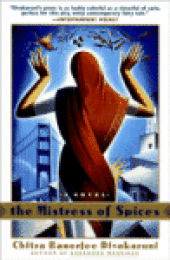 Tilo, proprietress of the Spice Bazaar in Oakland, California, is not the elderly Indian woman she appears to be. Trained as a mistress of spices, she evokes the magical powers of the spices of her homeland to help her customers. These customers, mostly first- or second-generation immigrants, are struggling to adapt their Old World ideals to the unfamiliar and often unkind New World. Though trapped in an old woman's body and forbidden to leave the store, Tilo is unable to keep the required distance from her patrons' lives. Her yearning to join the world of mortals angers the spices, and Tilo must face the dire consequences of her disobedience. Divakaruni, whose conversational style translates well into audio, blends social commentary and romance into an eloquent novel of the human condition.
at March 28, 2009 No comments: Links to this post 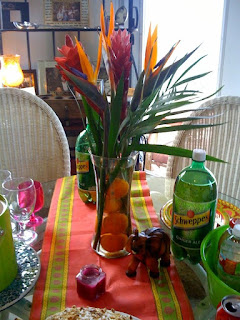 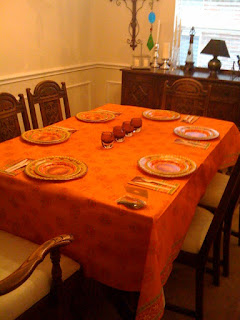 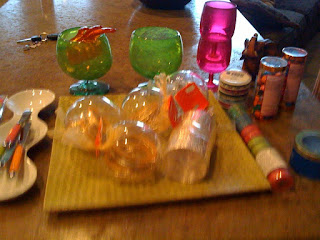 I bought tons of bracelets and placed them all over the "dining" table. We all sat and the table long after lunch and "played" with the bracelets while talking to each other. 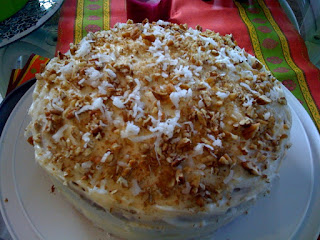 This is the "italian wedding cake" made by my Aunt Mary. It's not "indian" but that's ok because it's CAKE.. and we LOVE cake...

Each person was assigned a "spice" and asked to bring something that included their spice.

The best part of all - I got to use Pandora Internet radio - love it - I created a "radio station" based off a song from "Slumdog Millionaire" - and it just kept playing songs of the same genre. It was awesome.
at March 28, 2009 1 comment: Links to this post 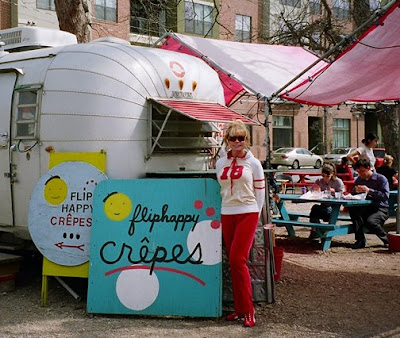 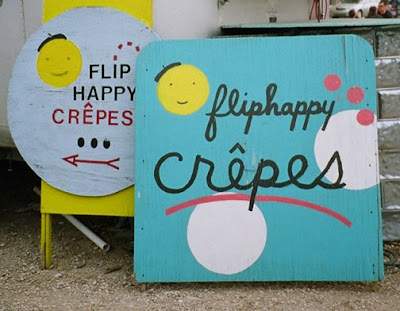 As seen on "Throwdown with Bobby Flay" on the Food Network.
I've blogged about this one before but didn't have pictures. Our favorite correspondent, Janae, has graciously visited for us. I didn't warn her about the "casual" setting, so I think she expected it to be a bit more formal like "The Magic Pan" restaurant at Northpark years ago. Sorry Aunt Janae. She did say the crepes were delicious.
I CANNOT WAIT TO CHECK IT OUT.
at March 24, 2009 1 comment: Links to this post

View from the Handicap Chair Lift at the Plaza 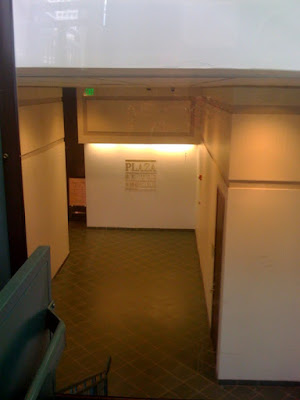 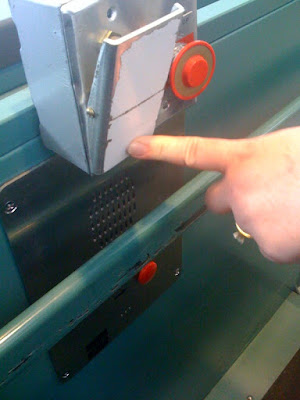 Met my friend for lunch today at the Plaza of the Americas. I have walked over there many times over the last 4 years, and I never noticed that there was a chair lift for those who can't take the stairs. It was VERY slow, but couldn't resist riding it. Of course, I used it on the way back too.

Email ThisBlogThis!Share to TwitterShare to FacebookShare to Pinterest
Labels: plaza of the americas 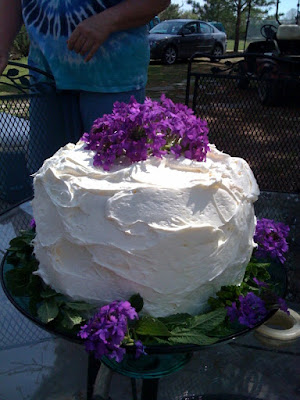 One of many birthday celebrations! This is a yellow cake with cream cheese frosting garnished with flowers and mint from Bev's garden.